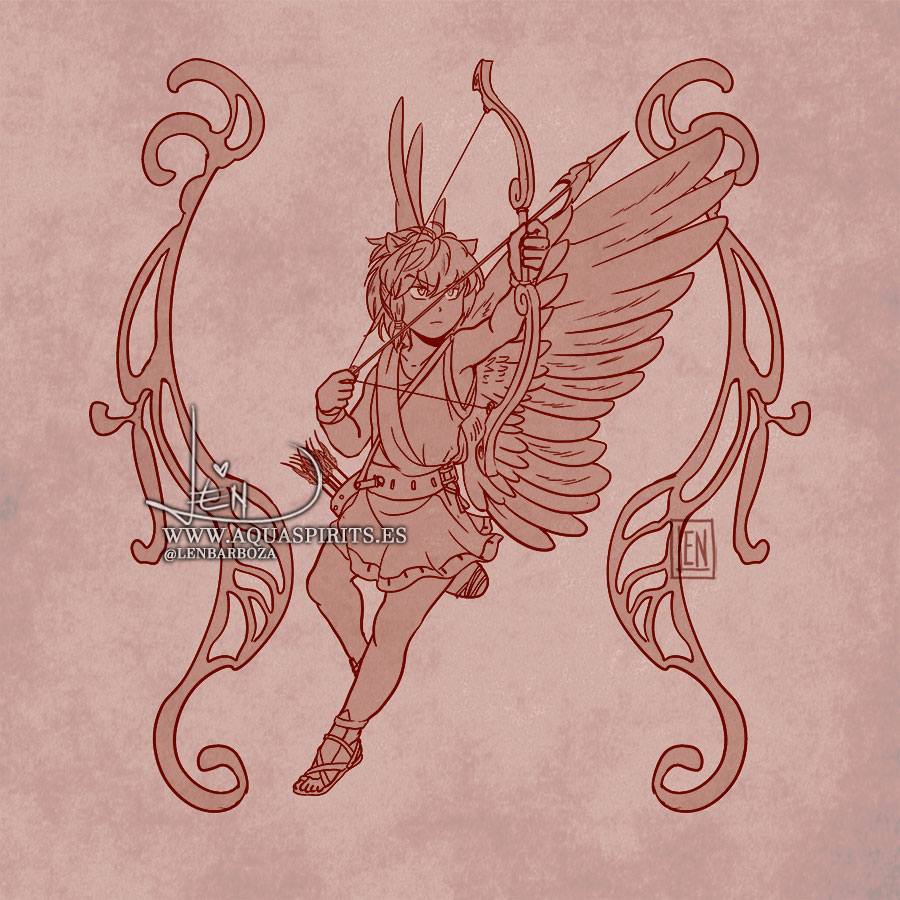 It’s been a while since I draw my OC InuKag baby boy, Hoshiki, and since so many people has shown their love for him, and their joy for knowing he is included in my Greek AU, InuOlympus, I drew today the sketch of Hoshiki-Anteros, as part of the cast of this group. He is the younger brother of Moroha-Eros.

Anteros, son of Ares and Aphrodite, is the god of requited love, literally “love returned” or “counter-love” and also the punisher of those who scorn love and the advances of others, or the avenger of unrequited love. He is usually depicted as a handsome young man with butterfly wings. However, in my version for Inu-Olympus I depicted him with feathery butterfly-shaped wings, inspired by the statue of Anteros by Alfred Gilbert, 1893; from the Shaftesbury Memorial Fountain in Piccadilly Circus, in London.

For those who doesn’t know who is Hoshiki, he is an original character I created for my fancomic/doujinshi Tiny Miracle, in that story he is the first child of Inuyasha and Kagome.

Speaking about Tiny Miracle, this story will be updated very shortly too. Thank you so much for all your love and support to my drawings! 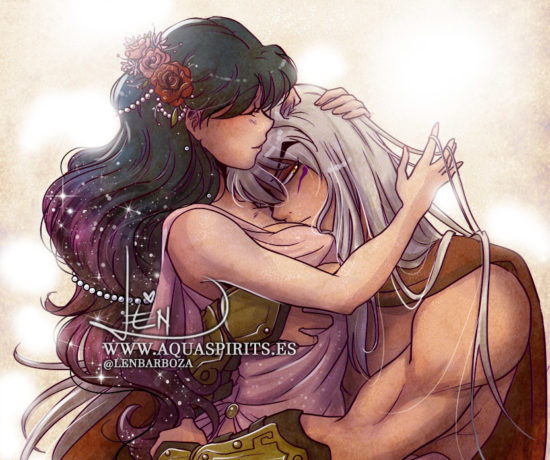 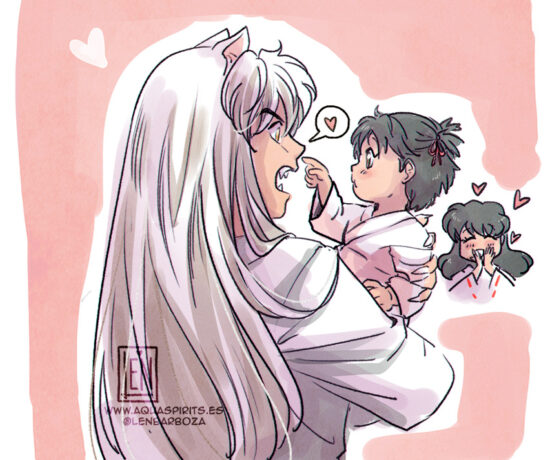 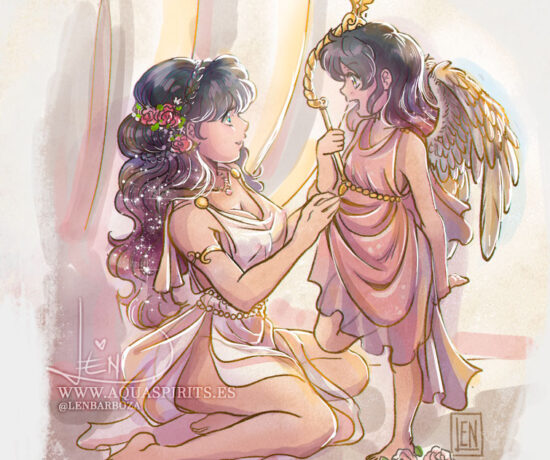